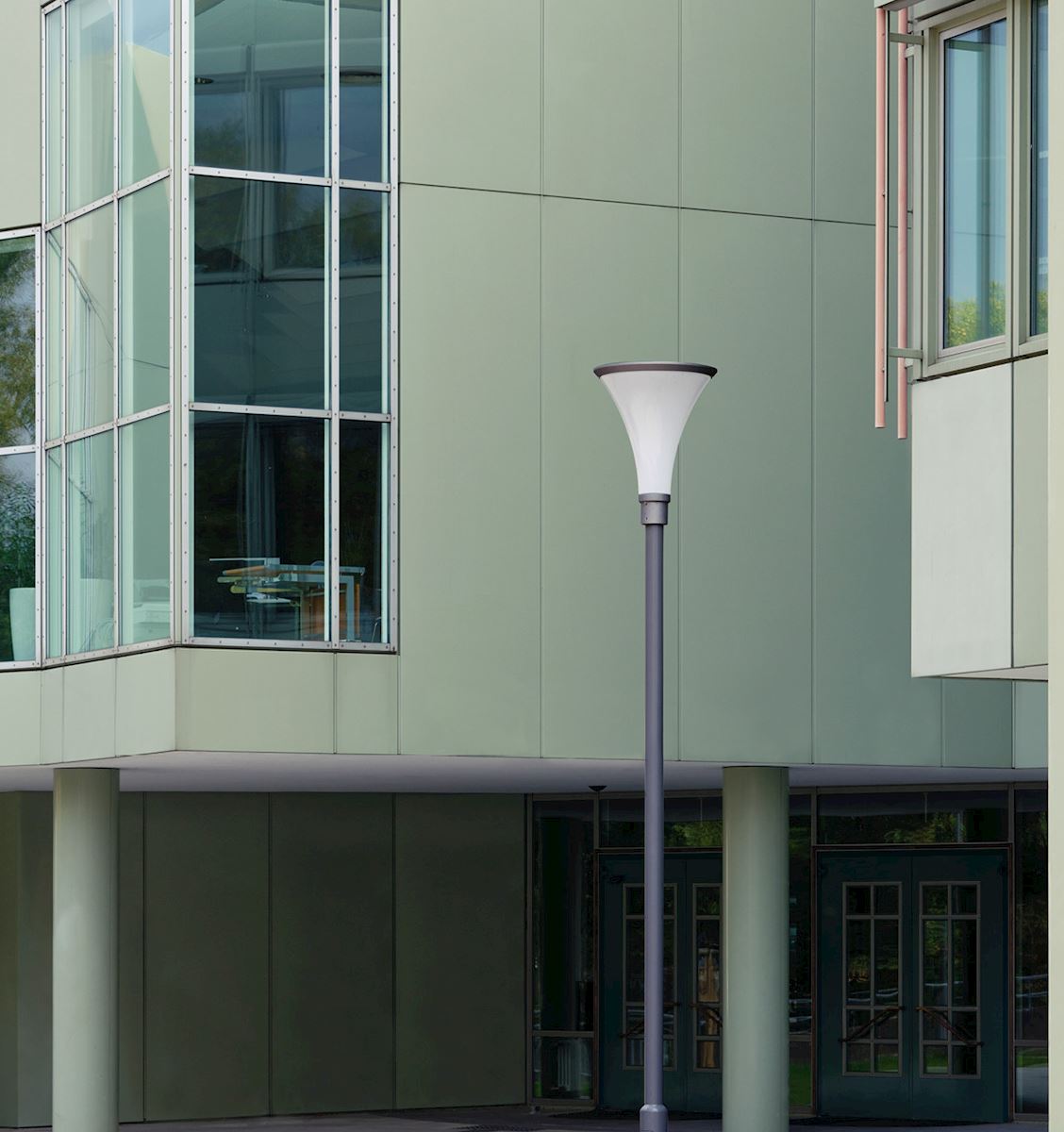 What is edge-lit technology?

Versions of edge-lit technology have been around for decades, frequently used for signage, television, and portable devices. However, its popularity grew in the lighting industry with more recent advancements in LED technology, quickly replacing the recessed troffer as the preferred choice for general illumination of interior spaces.

This concept served as inspiration for developments in BEGA’s exterior portfolio, which embrace the best qualities of this technology and balance it with the needs of exterior general area illumination. A key characteristic of edge-lit technology is the excellent glare control of the illuminated surface, resulting in a light source that is comfortable to look at. This also results in very uniform illumination, both of the surface itself, and of the resulting light distribution. Additionally, luminaires can be designed with a very low profile compared to backlit solutions, which require more depth in order to properly hide the LED light sources.

BEGA edge-lit exterior luminaires capture all these benefits but utilise a unique approach to the LED placement, which results in increased efficacy and easier lifetime maintenance of LED modules. The source is hidden around the edge of the luminaire housing and the light is redirected using a combination of reflectors and diffusers. 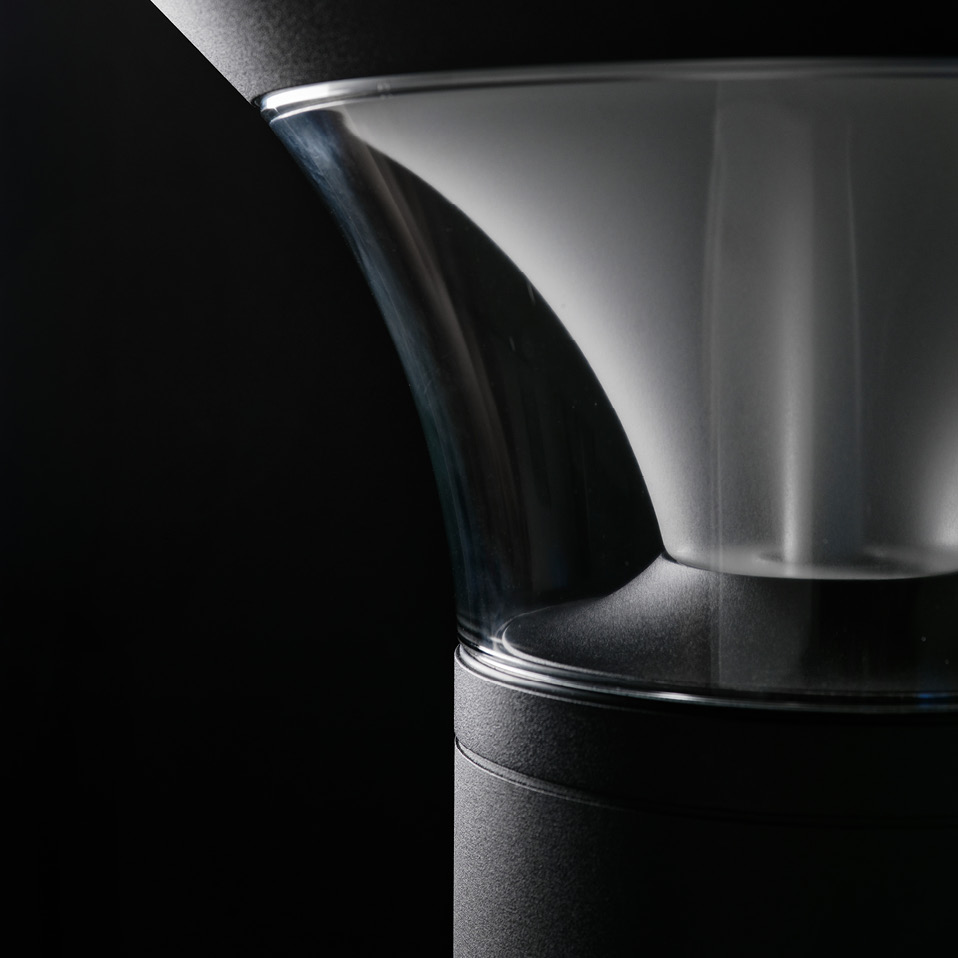 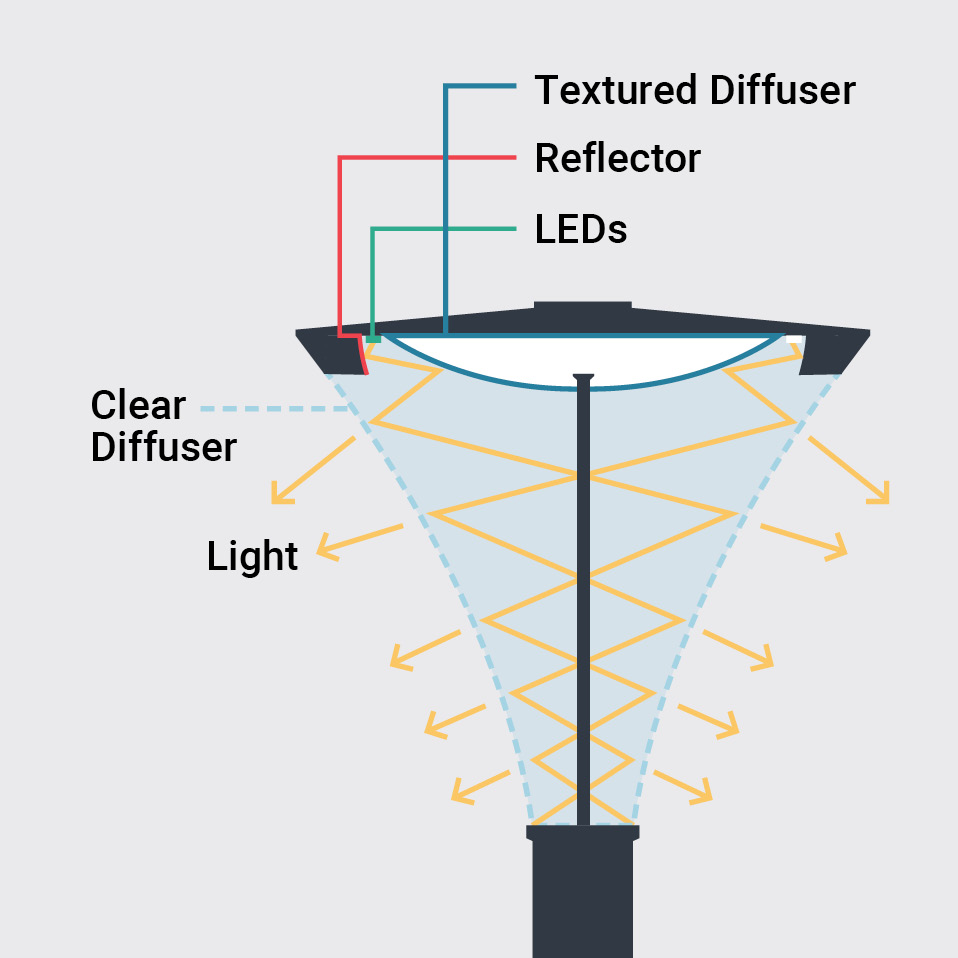 In this diagram, light comes out from the LEDs located at the edges of the upper casting, it is then redirected in the opposite direction so that it shields the source. That light is redirected across the fixture through the open space inside the clear diffuser. When light hits the clear diffuser, most of it exits, but some light is reflected back into the fixture. These interreflections are what make this luminaire’s uniquely shaped glow. 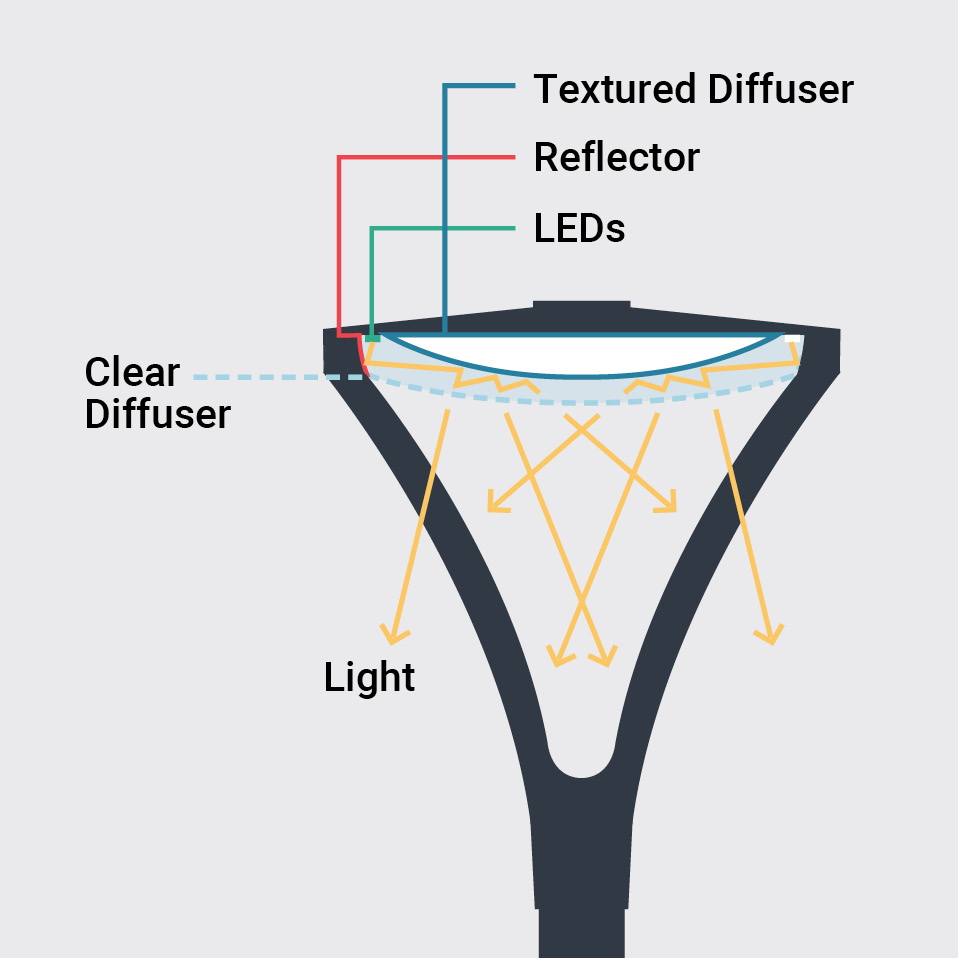 The same edge-lit technique is applied to this luminaire. The difference in this diagram is there is no larger diffuser for light to bounce around in. Here light is being evenly dispersed through an optically textured acrylic diffuser. This diffuser is designed to control the optics to achieve precise distributions. 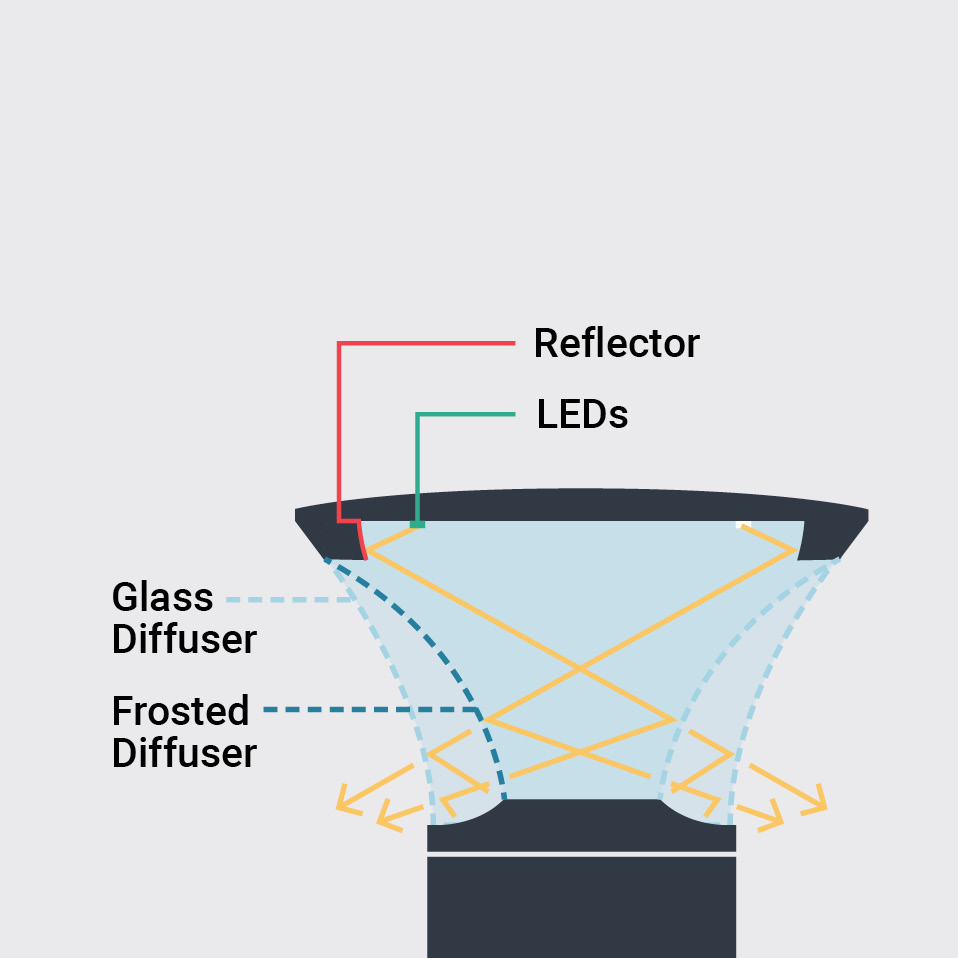 BEGA’s new edge-lit system bollard head has a translucent diffuser that extends the full length of the outer diffuser. Although this design does not have the natural interreflection shape as shown in the first diagram, this double diffuser creates a similar pattern for continuity of design across both luminaire types. 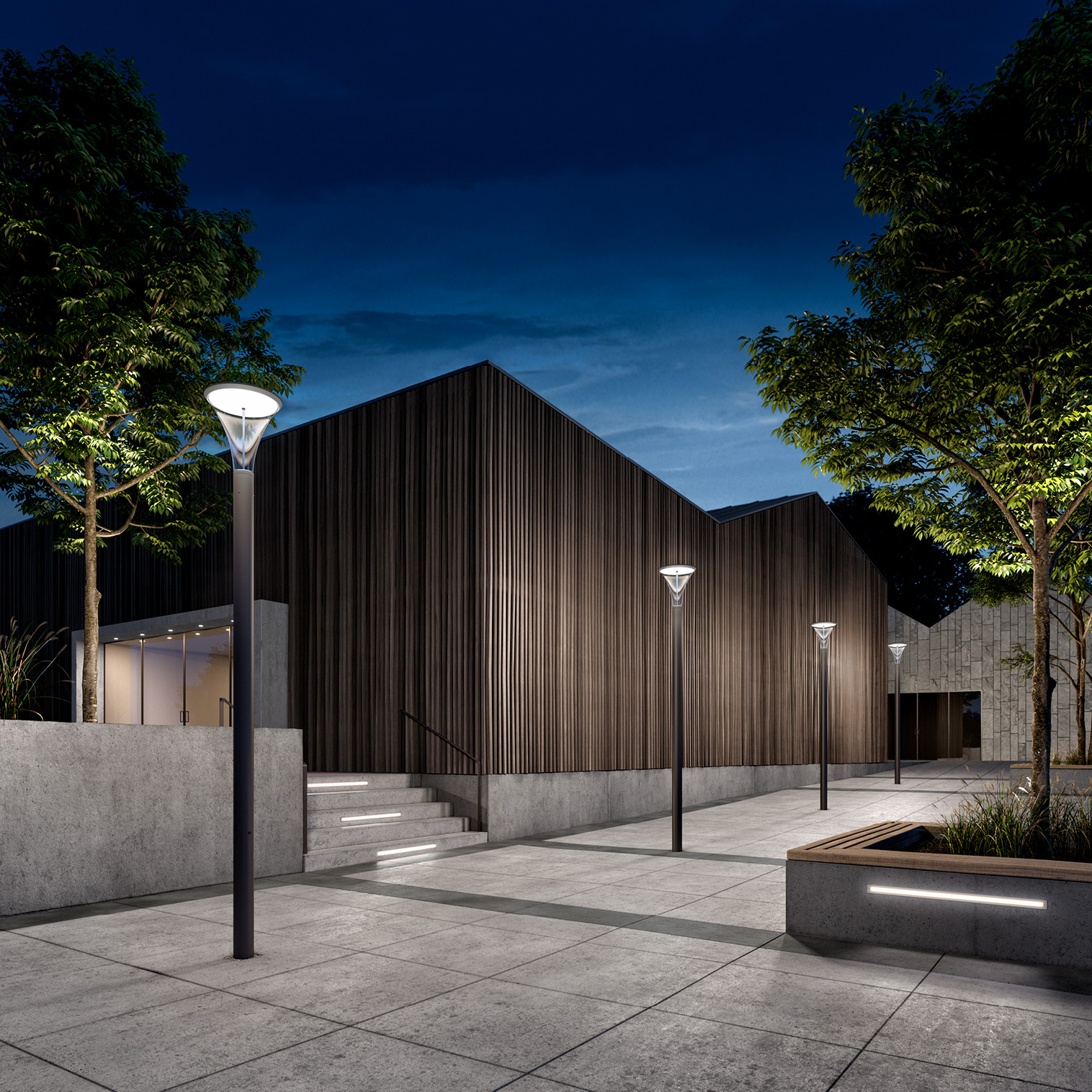 All BEGA luminaires feature thoughtful and detailed designs and are manufactured with only the highest-quality materials. When developing BEGA’s first edge-lit pole-top luminaire, product designers spent months trying to remove the interreflection in the acrylic diffuser but the longer they studied it, the more they fell in love with that unique effect. After months of perfecting the design, it was introduced to BEGA’s product portfolio in 2016 and has been modelled by their competitors ever since. This premier luminaire features a simple and elegant design with a clear acrylic diffuser and a unique reflection when illuminated. This interreflection creates an interesting and beautiful aesthetic that remains unmatched by competing products.

After the success and popularity of BEGA’s first edge-lit exterior product, the designers were eager to expand the collection. Inspired by the shape of the reflection, the second edge-lit luminaire was designed with casting to replicate that shape and introduced in 2017. The luminaire features a sophisticated, minimalist design, with a clear acrylic diffuser and very shallow profile, offering soft, uniform illumination for a comfortable lighting effect. 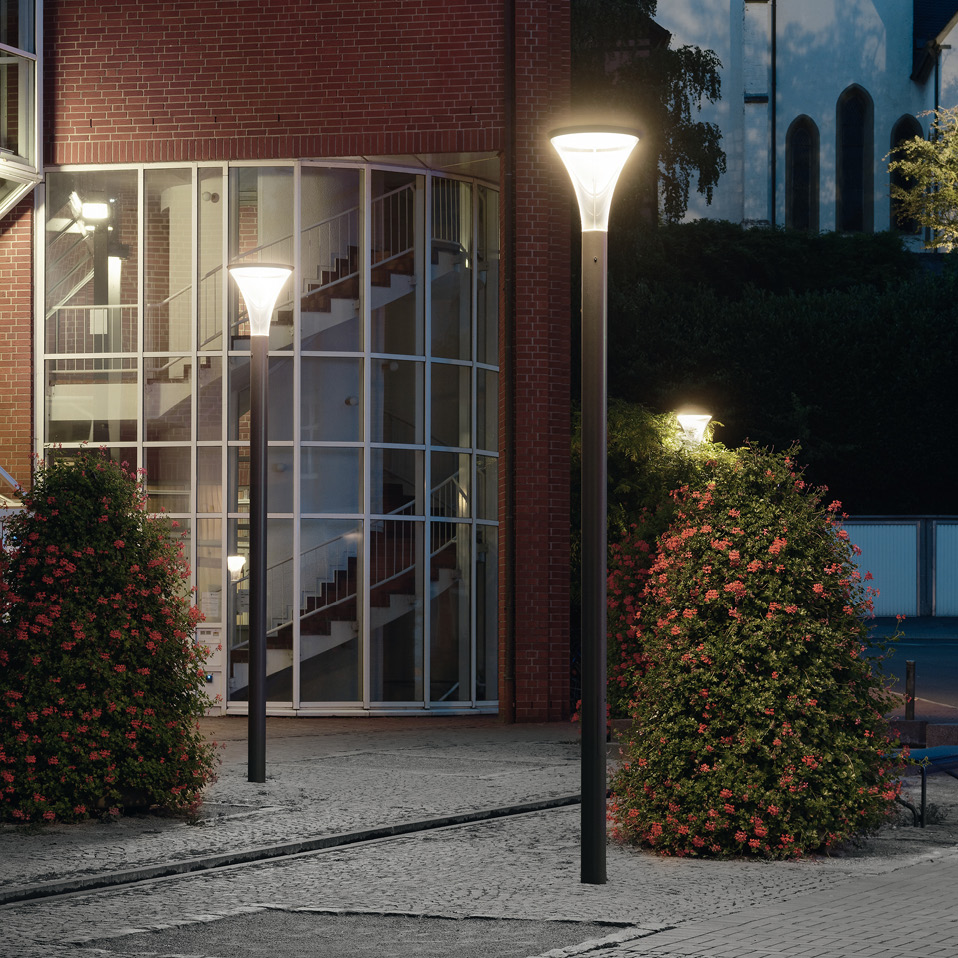 The visual comfort of a luminaire is an important consideration in the lighting design process. Achieving visual comfort means specifying quality luminaires that provide the correct amount of light to safely and comfortably illuminate a space. Avoiding excessive brightness (glare), dark shadows, or high contrasts that may cause disorientation or difficulty adjusting to extreme changes in lighting is paramount in creating visual comfort.

Edge-lit luminaires are available in three segments including pole-tops, building elements, and bollards. Pairing the various edge-lit options in your lighting design can create a cohesive and consistent lighting effect throughout a space.

Three edge-lit luminaire families are available within the pole-top portfolio. With various styles, distributions, and outputs available, there are suitable options for both pedestrian scale and larger site and area applications. Edge-lit pole-tops are ideal for illuminating a wide range of spaces like courtyards, campuses, pathways, streets, and more. 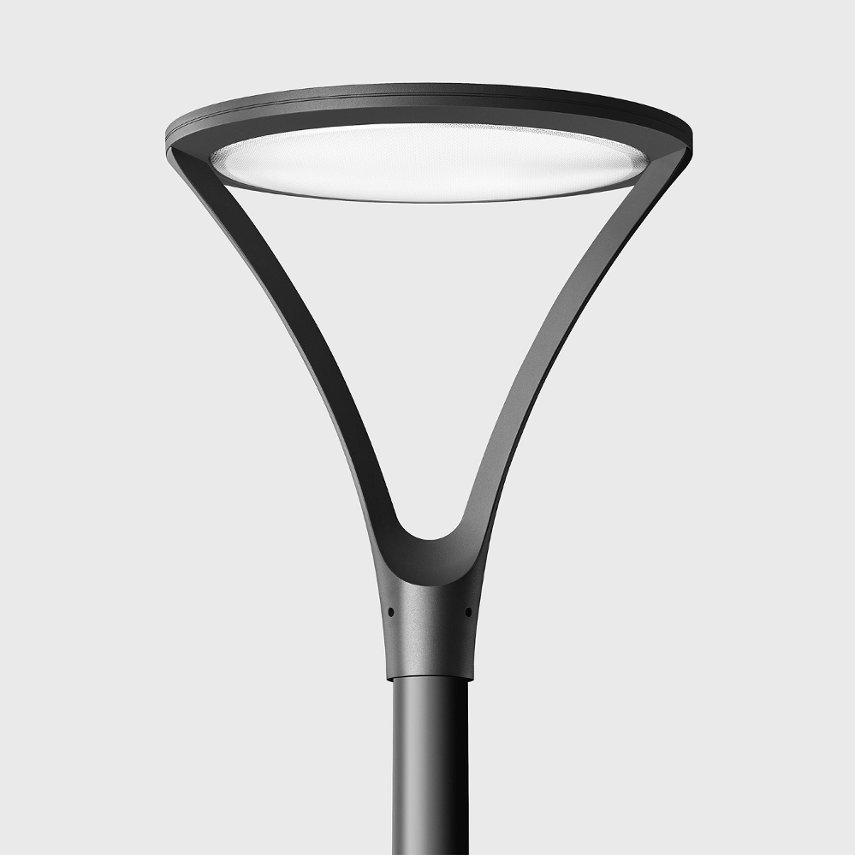 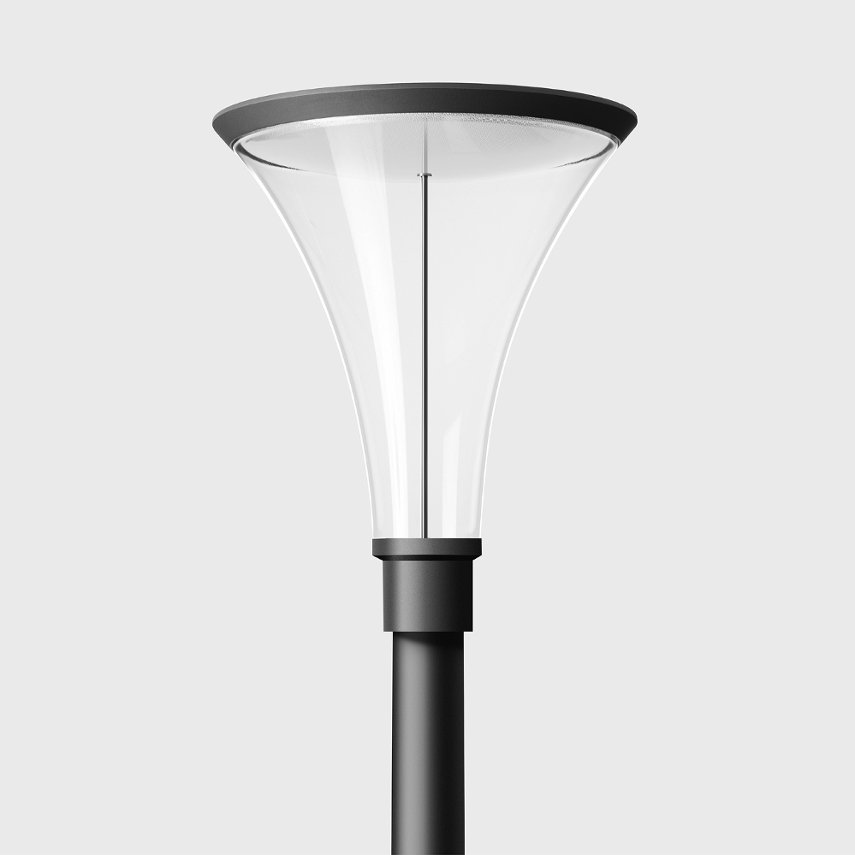 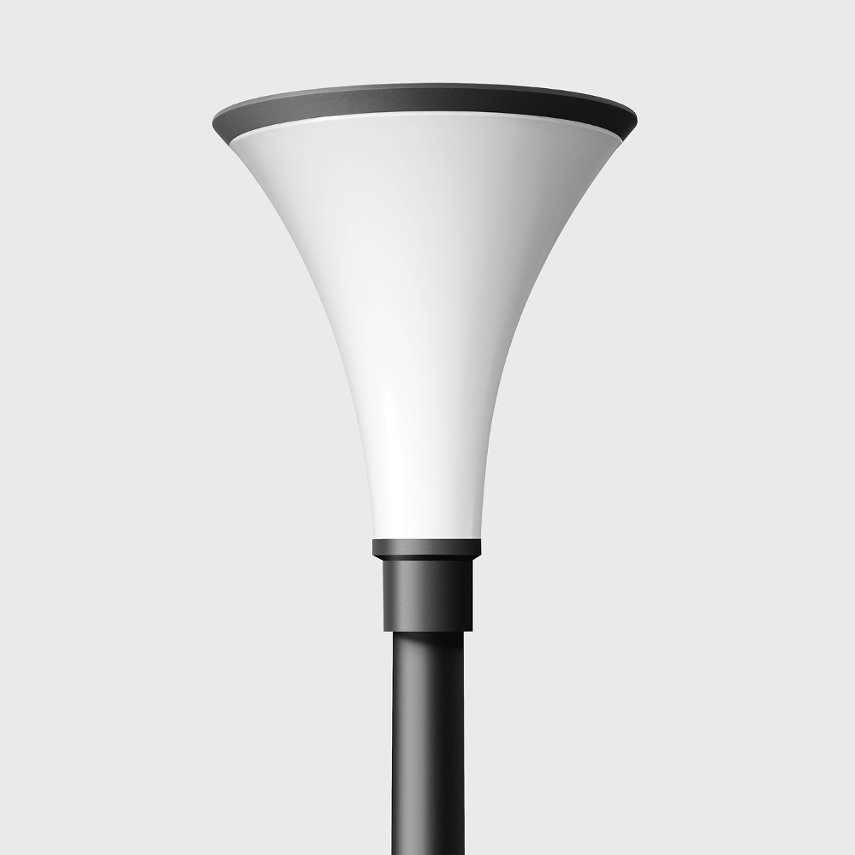 The building element families features two edge-lit luminaire designs. These pedestrian scale luminaires are perfect for exterior spaces like boardwalks, plazas, walkways, parks, and other pedestrian areas. When design requirements permit, opting for a building element instead of a pole-top can provide a finer aesthetic: building elements offer a sleek and seamless transition from fixture to pole, as the height and diameter of the poles are chosen to be proportionate with the fixture.

An exciting new addition to the edge-lit portfolio is the recently released system bollard head. The bollard head is compatible with multiple tube options, and features shielded 360-degree light distribution. Edge-lit system bollards are ideal for illuminating building entrances, pathways, parks, and more. Pair the edge-lit bollard with pole-tops or building elements for a complete and harmonious lighting design. 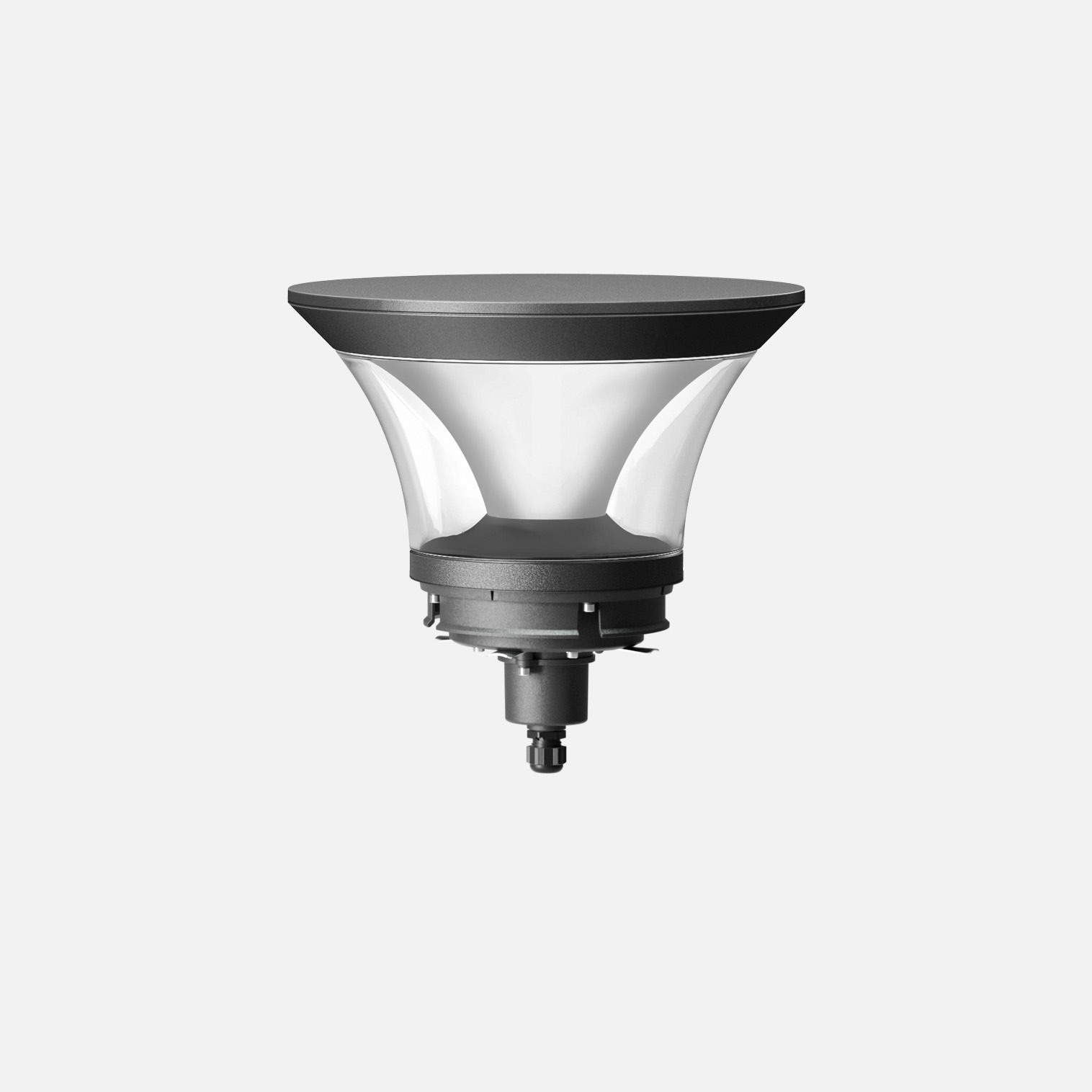 View Product
0
0
0
Back to All Insights

With the upcoming Australian Made Week running from 6th-12th June, we at Light Culture thought it timely to post ...

E-Line Next by Trilux

Wellness in the Workplace

HOW WILL POST-PANDEMIC OFFICES ALLOW US TO THRIVE?In an era of heightened concern around the health and well-being ...

At Light Culture we are inspired by sustainable
lighting solutions. We are committed to protecting
the environment and preserving resources.