Bellevue Hill House expresses in the built form, ideas and approaches to residential design that reflect context and meaning.

The approach was to create a strong architectural identity that interpreted and drew its inspiration from the character of the area. The house is intended to age gracefully over time becoming a part of its site as well as the greater context.

The project was very carefully and thoughtfully designed and immaculately built; a culmination of several years of ongoing work and commitment to create a piece of architecture that we believe makes a significant contribution to the area and the wider housing community as a whole.

The lighting was formulated based on the architectural vision of the house. Every aspect of the design was looked in concept design and a solution sort to enhance the architectural context of the spaces. Track spotlights with CRI 97+ was specifically chosen to highlight the kitchen as a feature within the space bringing out the red tones from the timber. The architects also wanted to flush mount the track to make the whole system appear unobtrusive. White with a gold inner trim created the track light a subtle high-end aesthetic.

The Gilbert pendant from Panzeri was the perfect choice as the ambient light softened the mood from the spotlights creating comfortable layers of light. Its red supply cable was a soft touch linked the space well with the outside.

The double downlight has been an architectural trend for many years. Semi-recessed downlights that extends slightly past the ceiling for a semi-surface mounted aesthetic were placed in few different places around the house – in the bathroom, corridor and living area. 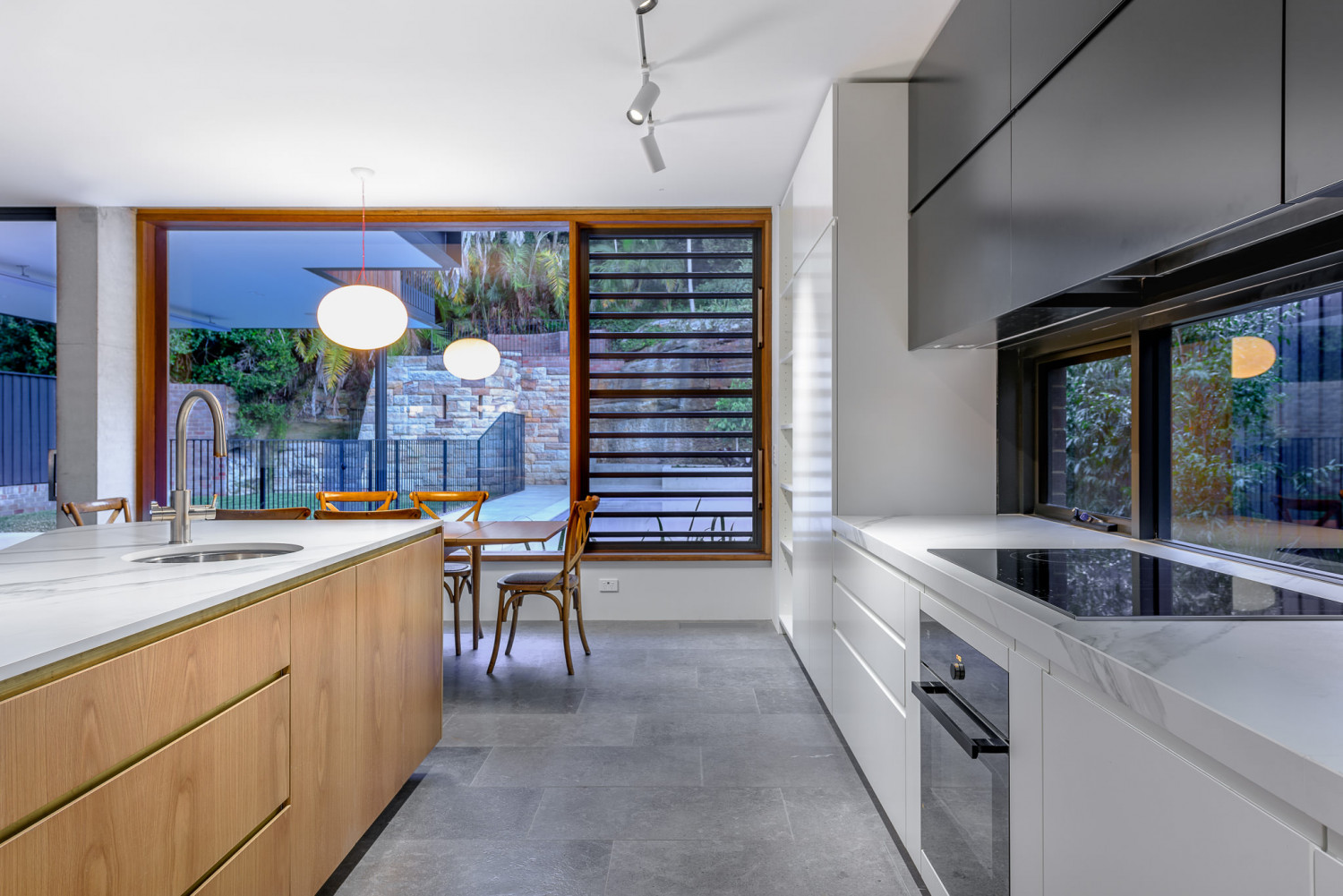 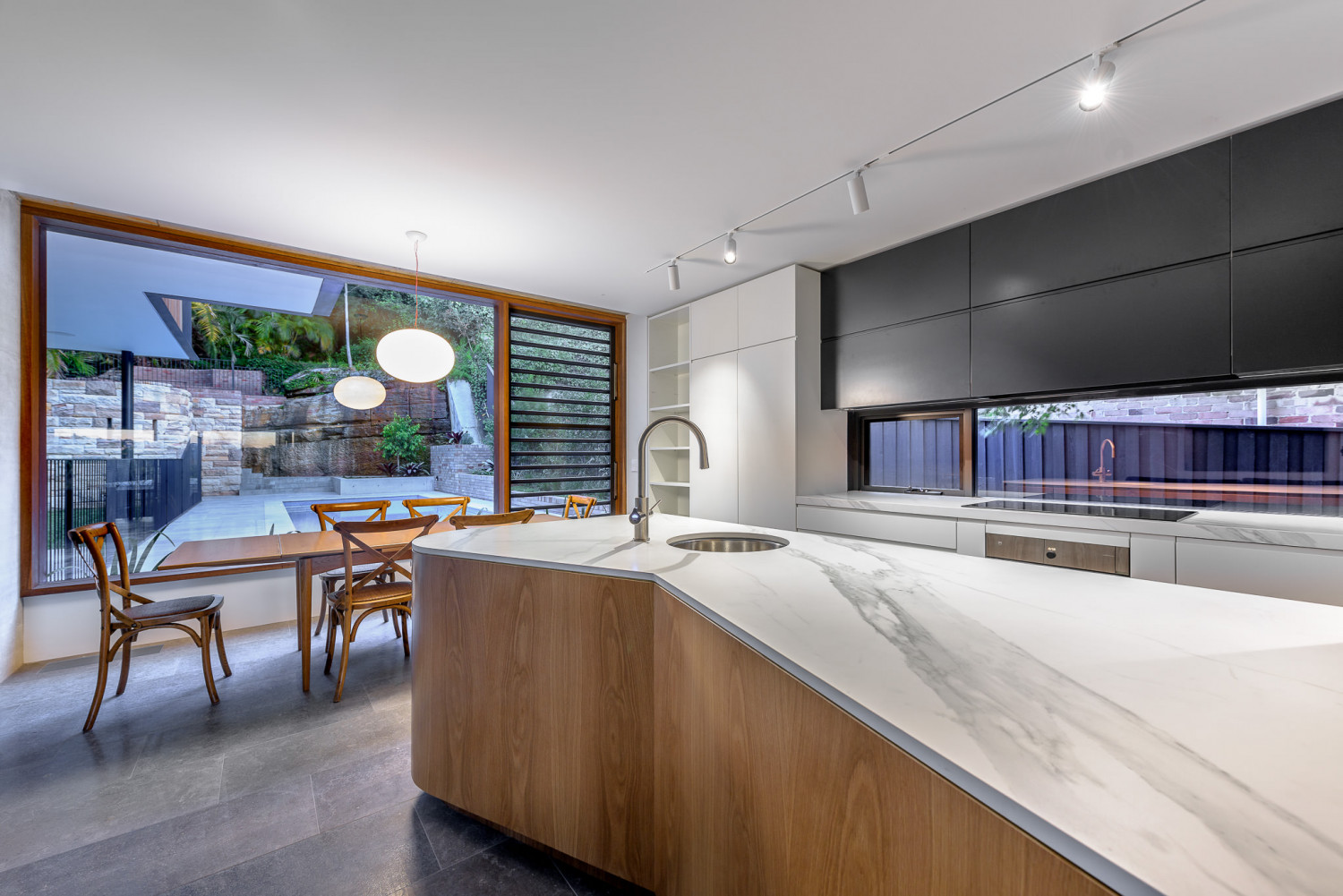 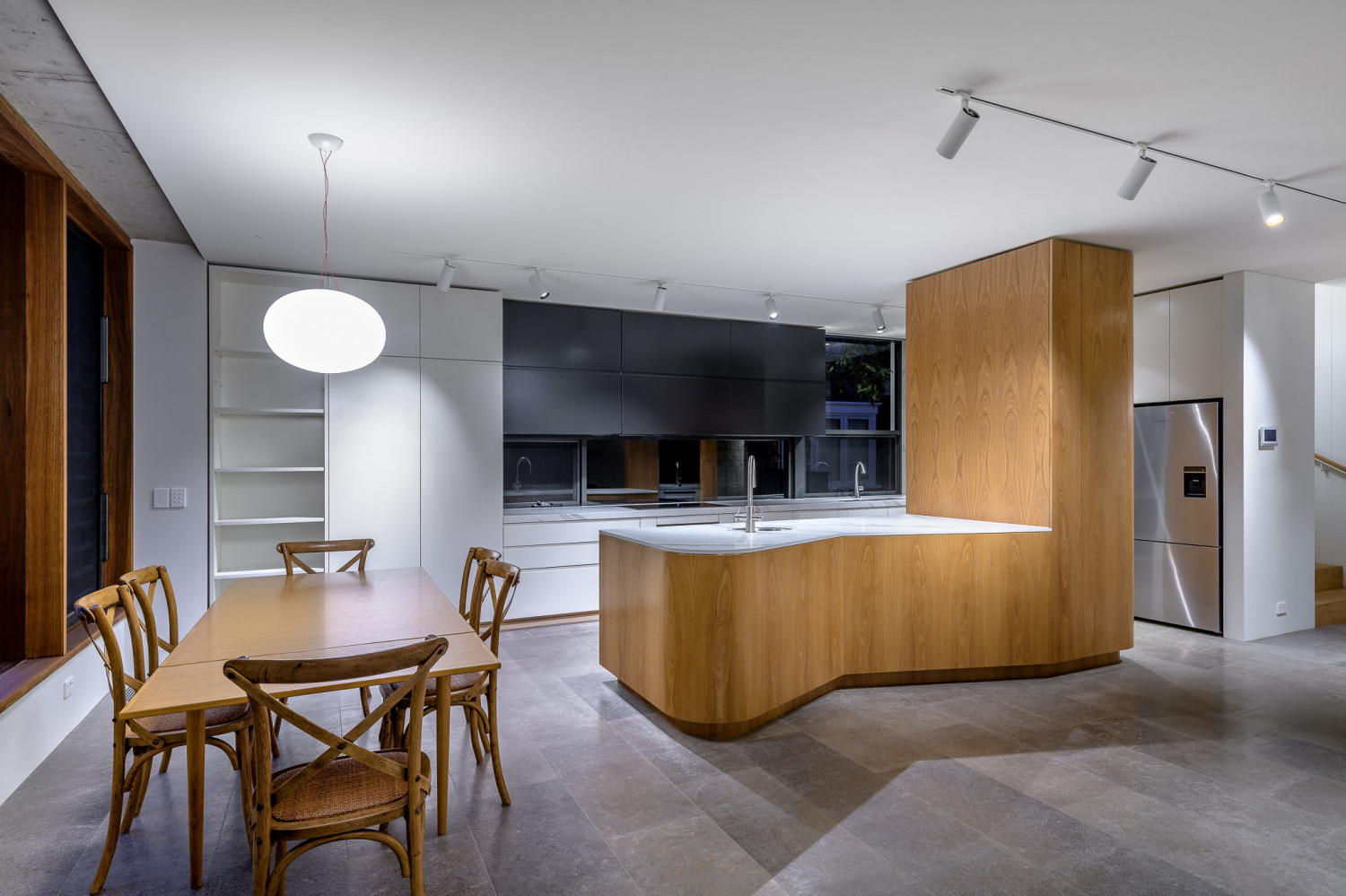 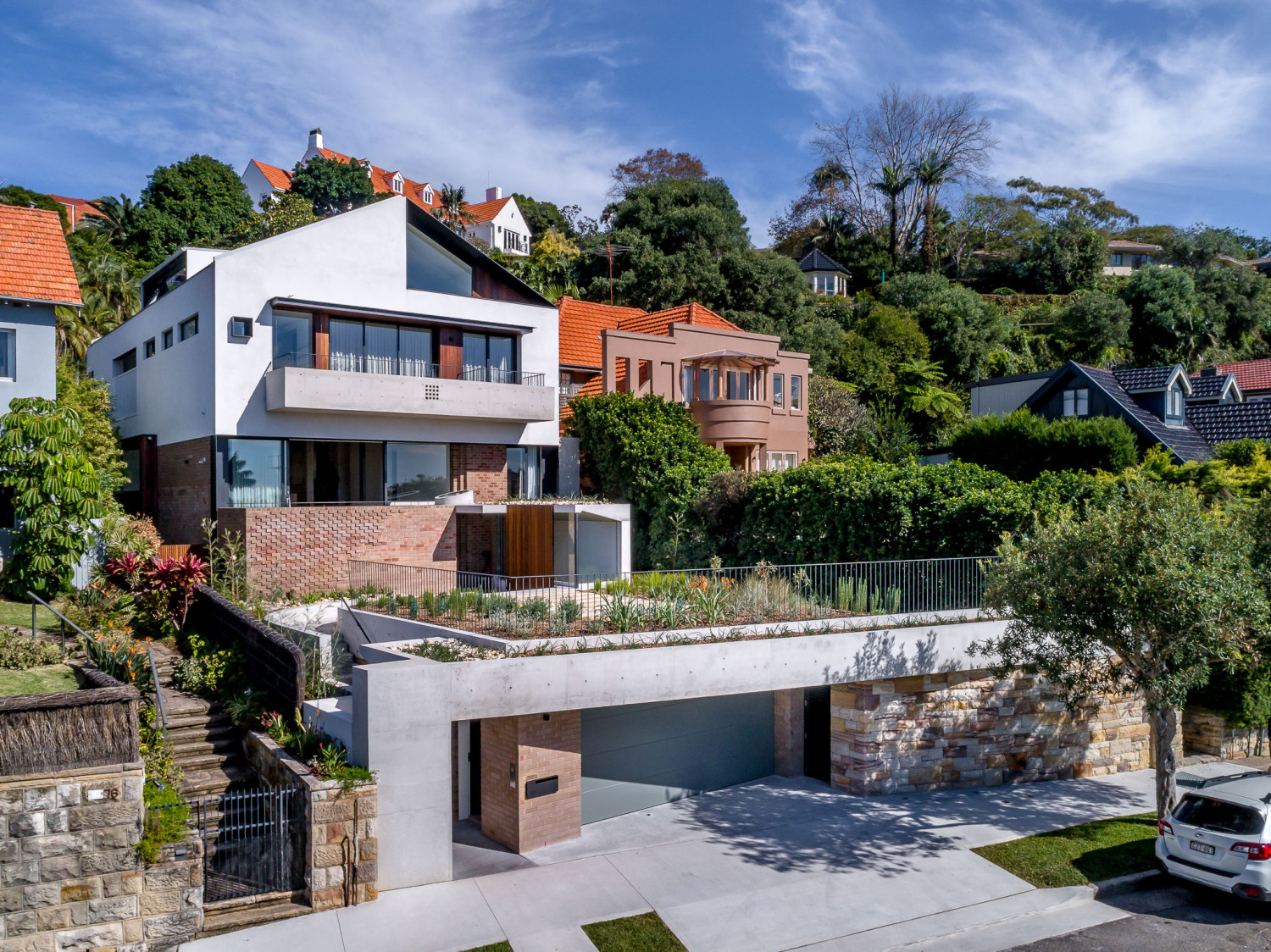 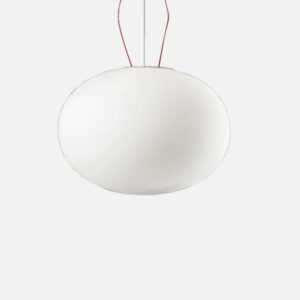