The Cheltenham Station was recently upgraded as a part of the Epping to Thornleigh Third Track Project for Transport for NSW.

The Cheltenham Station was recently upgraded as a part of the Epping to Thornleigh Third Track Project for Transport for NSW. The community requested a Public Artwork as a part of the new station and the design company “The 3rd Door” (T3D.Design) were awarded the commission, working closely with the community members and representatives from Hornsby Shire Council, ETTT Alliance and Transport for NSW. All agreed that a lighting component was to be incorporated into the artwork. It was important to create a self-sufficient lighting solution that could run independently considering the environment. Working in the rail corridor would pose interruptions to the train timetable, making solar the obvious choice for the environment and its location.

“Working with Light Culture allowed us to manufacture custom sized solar panels that could sit in the final artwork. We have had a great experience working with Aaron from Light Culture. He was always available to discuss the possibilities for the artwork” – says the project designer Amanda Kay from “The 3rd Door”.

The designs for the three lanterns installed at Cheltenham Station have been built using historical images specific to the local area. Images have been procured from the Beecroft Cheltenham History Group, Cheltenham Girls High School, Dawn Ferguson and the public domain. A collection of images comprising of advertisements, newspaper clippings, maps, legal documents and historic images of local places, people and buildings to create a composition that serves as a snapshot of the past. After meeting with the community panel, the stakeholders and the Beecroft Cheltenham History Group decided that the artwork should reflect the uniqueness of the station, being one of the few stations in Sydney that has no shops nearby. This unique attribute is largely due to the stations founding father William Chorley who was not only instrumental in the establishment of the station but was responsible for placing covenants on the surrounding lands stating that no commercial development was to be undertaken in the area. Original rail tickets were incorporated, adapting these to form a colour within the artwork. The imagery is like a collection of memories or a journey through time that allows one to get a feel for how the station has evolved in the past century. 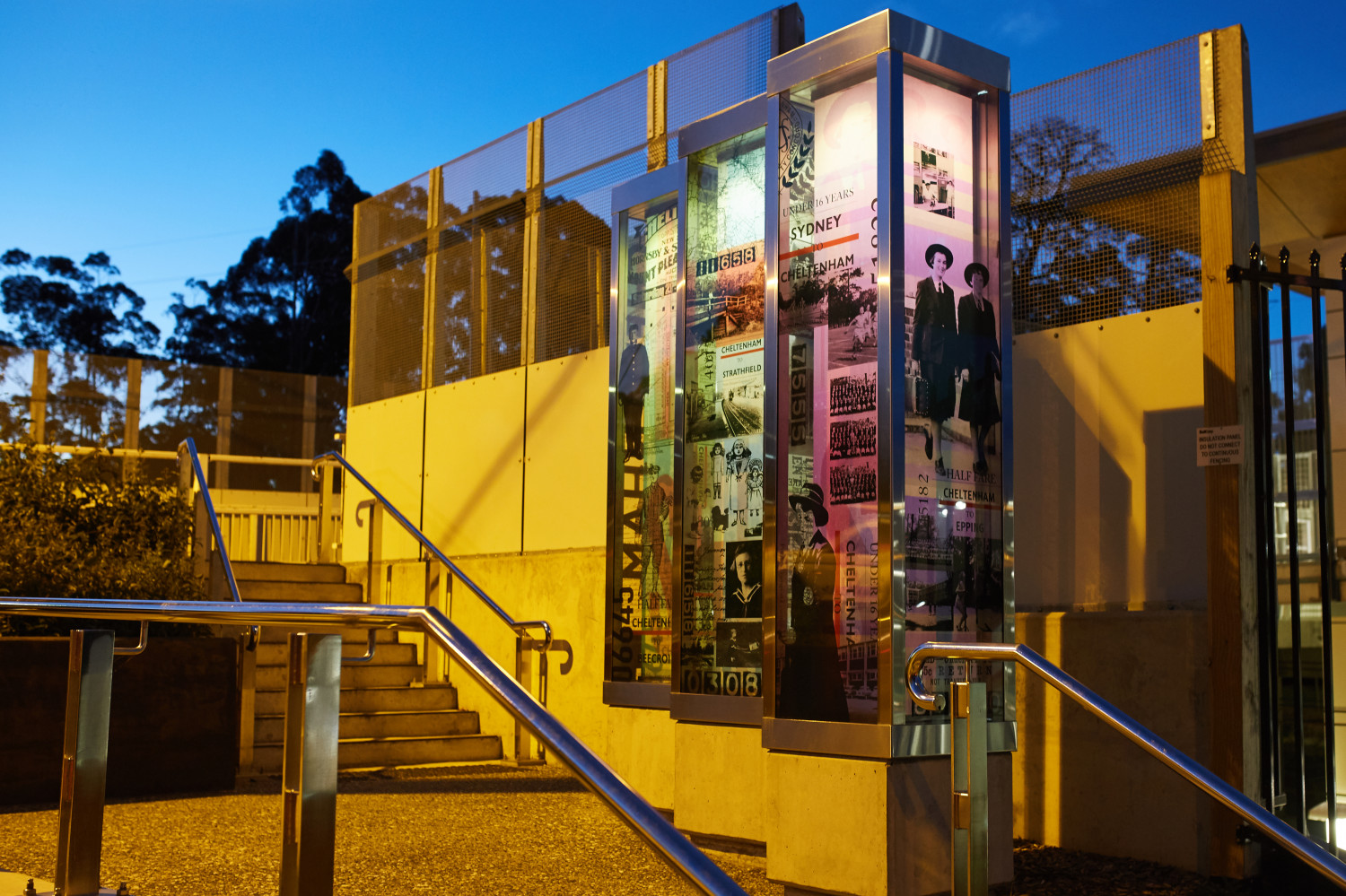 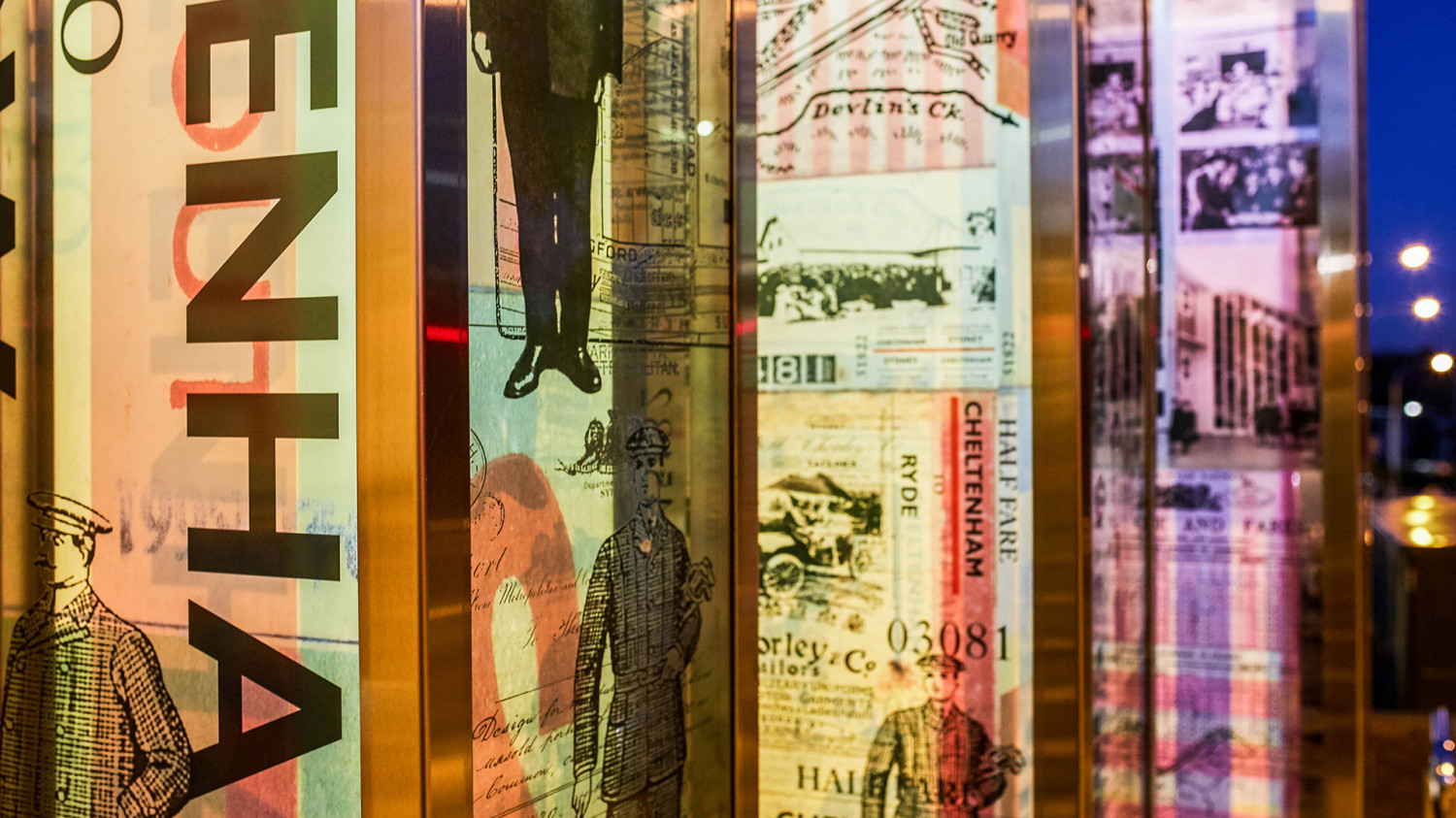 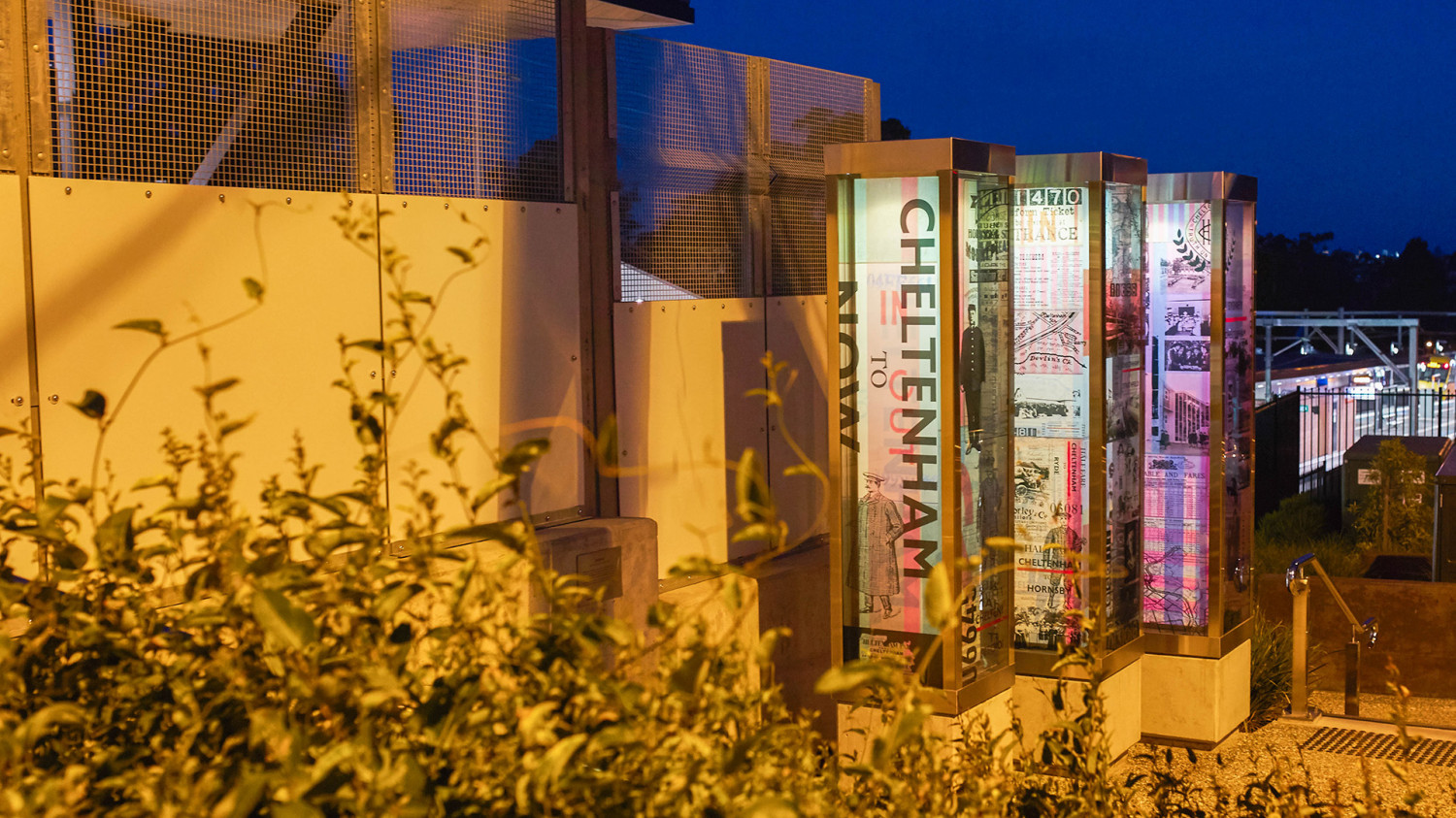 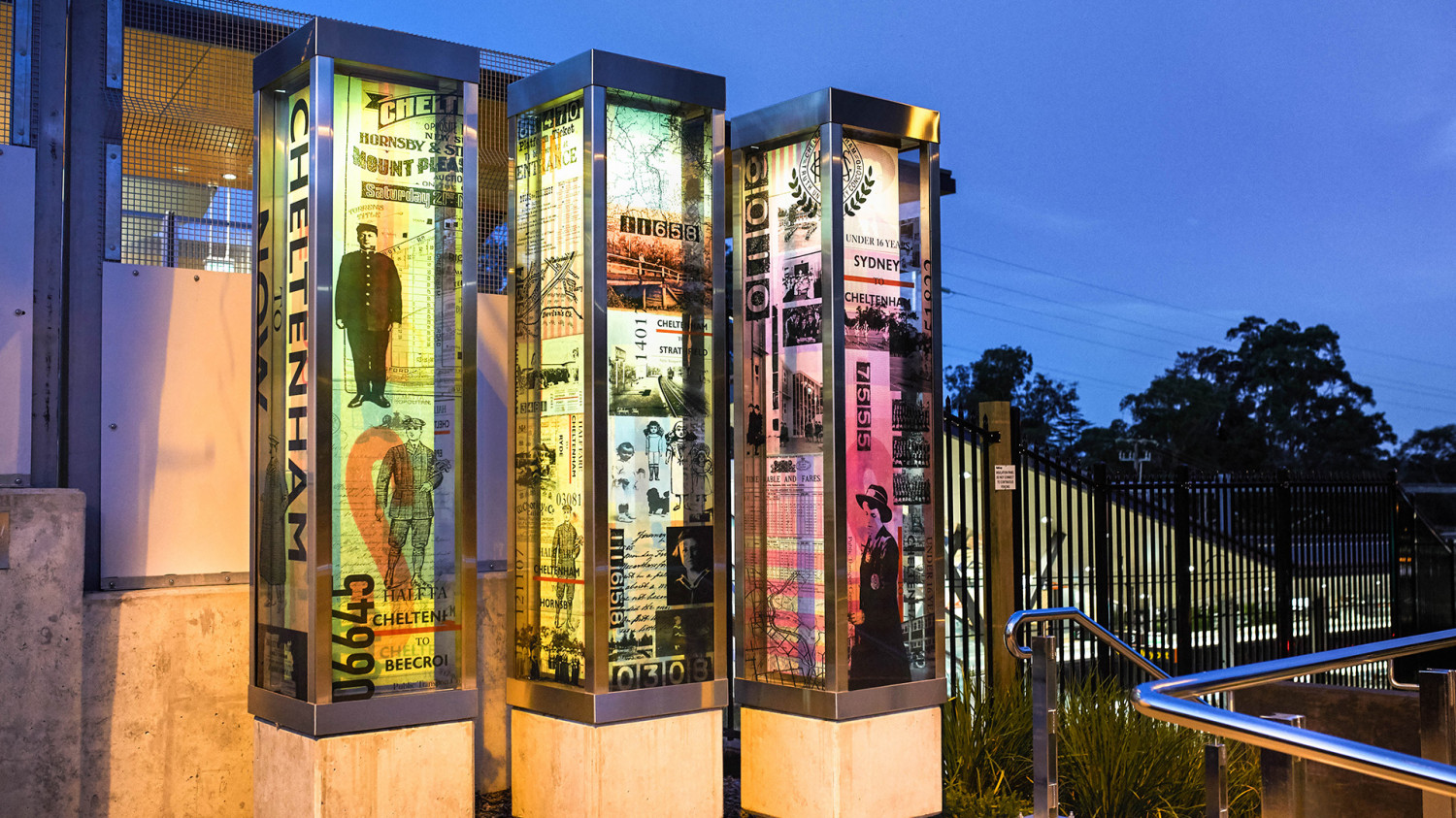